The Pohanka Family of Dealerships has its roots in the Washington, DC, area. What began as a single service repair facility in 1919 has grown to a family of 17 dealerships with locations in Virginia, Maryland and Texas. For a century, five generations of the Pohanka family and an amazing team of people have provided our loyal customers a variety of easy ways to meet their transportation needs.

The Pohanka Automotive Group has won many awards, including: the Time Magazine National Quality Dealer Award, the Sports Illustrated AIADA All-Star Dealer Award for outstanding customer service and commitment to the industry, the community and the nation; and the Distinguished Service Citation from the Automotive Hall of Fame. Pohanka is the only dealership group to have received all three of these awards. Add to your experience, develop your skill set and realize your potential with the Pohanka team! 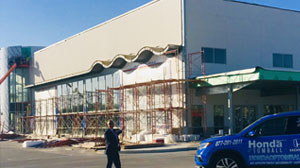 Why Honda of Tomball?

We’re a part of the Pohanka Automotive Group, one of the oldest and most successful dealership groups in the country. We’re celebrating 100 years in business in 2019 and we firmly believe our team is the cornerstone of our success. Our Managing Partner, Lenny Gonzales, started out as a lot attendant at age 17, worked his way up, and is now an owner of Honda of Tomball! As part of our team, not only will you be working with Lenny on a daily basis, you’ll participate in our world-class training program and receive ongoing mentorship and support in a fast-paced and fun environment. We are also active in our communities and are always looking to give back and help our neighbors. Learn more about our community support here. 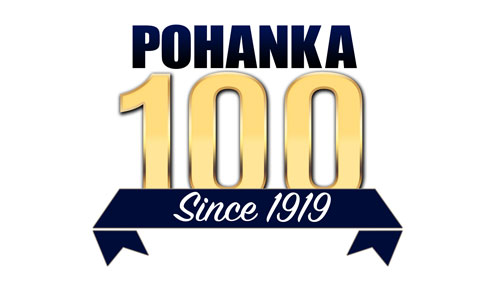 2) Make it Easy for the Customer

3) Make it Easy for the Team Member

4) Find a way to Do it Better, Faster & Cheaper Without Sacrificing Service 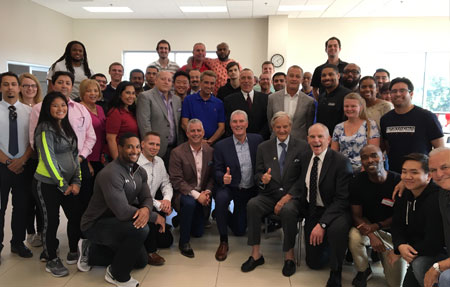 Daily life at Honda of Tomball is among the very best in the business and we're sure you'll see why! When you come to work with us, you can look forward to a unique company culutre, not to mention benefits and employee perks you can't find anywhere else!

We strive to be much more than a business - we are in the business of people. Our team members are the cornerstone of our success and we genuinely believe in the value of helping our team members grow and develop. We’re also very active in the community and as a member of our team, you’ll get a chance to give back as well. Honda of Tomball is proud to partner with many local organizations and charities, and we participate in numerous community events throughout the year, all with the goal of supporting our community and being great neighbors!

Pohanka Automotive Group is one of the oldest automobile dealership groups in the nation. Our founder, Frank S. Pohanka, was born in the Bronx in New York City. Frank ran away from home in his eighth grade year and found a job working on a horse farm on Long Island. It wasn't long before this stable boy became a successful jockey, racing horses throughout North America. Eventually he could not 'keep weight' and then was faced with what to do with the rest of his life. Frank was mechanically inclined and went back to New York City, where he read every book on automobiles in the city library. He became a car mechanic and eventually was hired by General Motors as a service rep. GM transferred him to a factory-owned Chevrolet dealership located in downtown Washington DC.

In 1919, Frank Pohanka opened his first dealership at Ward Place, in N.W. Washington DC, where he sold and serviced Chevrolets. He quickly established a reputation as a master mechanic and service consultant, and for thirty years called his company"Pohanka Service" to emphasize that fact. In 1923, Frank Pohanka moved his dealership to 1126 20th Street, N.W. and became an Oldsmobile dealer. He converted a movie theater into a three car showroom and converted a Civil War era livery stable into a repair shop. After his death in 1958, his son, John J. Pohanka, became the dealer, and in 1967 relocated the dealership to the suburbs in Marlow Heights, MD. He soon started acquiring more franchises and locations. Today, the Pohanka Automotive Group operates 17 locations in Capitol Heights, Maryland; Salisbury, Maryland; Chantilly, Virginia; Fredericksburg, Virginia; and Tomball, Texas. We sell nine makes of vehicles, including Honda, Lexus, Acura, Hyundai, Nissan, Chevrolet, Mercedes-Benz, and Volkswagen and employ over 1,400 people.

Our Chairman, John J. Pohanka, is a former President of the National Automobile Dealers Association (NADA). He was a founder and chairman of the National Institute for Service Excellence (ASE), which tests and certifies auto technicians nationally. He also founded and was the first chairman of the National Automobile Technicians Education Foundation, which evaluates and certifies automotive curricula in the country's vocational schools. Since 1919, four generations of the Pohanka family along with our team members have provided our loyal customers a variety of easy ways to meet their transportation needs, including a wide selection of new and used cars; multiple innovative methods and sources of financing; advanced training and equipment in our service departments; and friendly, well-trained and professional personnel in all our locations. The Pohanka Automotive Group has won many awards including the Time Magazine National Quality Dealer Award, the Sports Illustrated AIADA All-Star Dealer Award for outstanding customer service, commitment to the industry, the community, and the nation; and the Distinguished Service Citation from the Automotive Hall of Fame. Pohanka is the only dealership group to have received all three of these awards. We look forward to serving all your automotive needs!